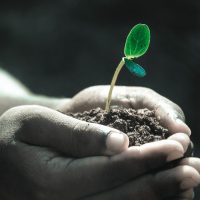 Gathered together on the Manor St. John complex were families from the different ethnic and social groups which constitute the local community. The big emphasis on the day was entertainment for the many children who attended and there was no end of activities for them to enjoy. Before lining up for crisps and drinks the kids were treated to arts and crafts, face painting and a bouncy castle. Local resident Veronica D’ambra was M.C. for the day and conducted the kids throughout their activities.

After their snack the kids were divided into age groups and participated in sports events with spot prizes for all the lucky winners. Also present on the day was local Councillor Breda Brennan, representatives from the Waterford Area Partnership and local press and photographers. On sale throughout the day were raffle tickets for the top prize of tickets to Munster Youth Rugby Final. There was also an ice cream van, a tea and coffee stand and a crocheted goods stand. The music and P.A. system was provided by Deiseweddings.com who gave the day an open air disco atmosphere. The rain held off long enough for everyone to have a really great day and no doubt it will be as much fun next year. We wish the Larchville and Lisduggan Resident’s Associations as much success in their upcoming annual events which include something spooky at their Halloween event and an Easter egg hunt in the spring of next year. If you would like to support the Larchville and Lisduggan Resident’s Association please contact them through Facebook.